After a reluctant break in our wanderings, we are back on the road in our trusty motorhome.  Narrowly escaping the snows that blanketed England and nipping over the Cevennes and the Pyrenees in sub zero conditions with nothing but a little flurry of ice crystals here and there on the road, real snow being civil enough to stay on the mountain tops.

We coasted to a stop near Alicante in Spain.  We had arranged to meet Nigel and Lindsay on a luxurious site, far better than we usually end up on with swimming pools, bars, restaurants, fitness suites, supermarket and even a dance floor where (Unbeknown to me!) Sheila had arranged for us to go Line Dancing!

I survived that but only just and was willing to endure all sorts of indignities as the campsite was just a short cycle ride to the “El Hondo” wetland and bird reserve.  I, therefore, make no apologies for the next dozen or so wildlife pictures.  Whilst in England recovering and feeling sorry for myself, I bought a new lens to cheer myself up, an enormously long lens, an enormously expensive lens but one for which I had yearned for many years.

Some Glossy Ibis just flown in for the odd frog or two.  Here were many fine subjects for me to start practicing and learning how to get the most from my investment.

A Purple Swamp Hen. (Must have been watching the Line Dancing)

Three of the very rare (In Europe) Marbled Teal)  These were pretending to be the three flying ducks wall plaques from the 60s.

A far away Snipe. 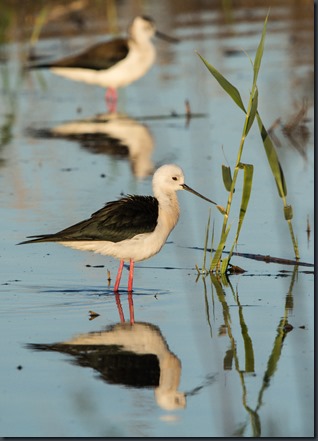 A flock of Black Winged Stilts.  Well two pretending to be four. 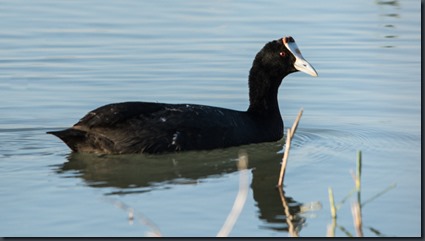 Another rarity, the Red Knobbed Coot.   You have to carefully examine every one of the surrounding four thousand ordinary coots in order to spot one of these.

A Reed Warbler, formerly known (before new lens) as a “Little Brown Jobbie!”

Greater Flamingos taking fright from the next bird.  Anyone for croquet? 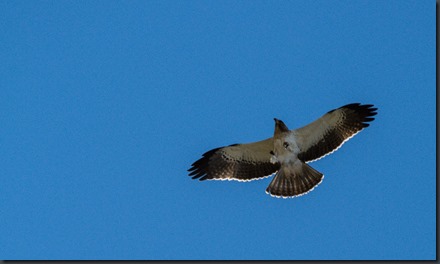 Booted Eagle soaring above the wetlands. looking for the next  two animals perhaps. 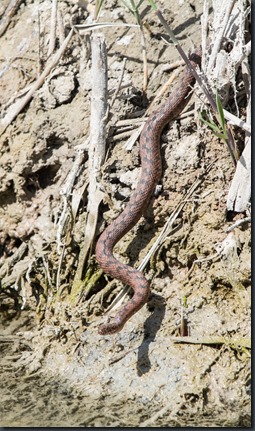 Smooth Snake basking in the sun.

Water Vole emerging from its burrow.  I saw him enter the burrow and sat in the warm sun for an hour waiting for him to re emerge.  Hard life – aint it?

A pair of Red Crested Pochard.   Its easy to see who spends all his time in front of the bathroom mirror.

A Little Ringed Plover too shy to come any closer.

Even the Humble Cock Sparrow succumbs to my new lens. A sparrow in Spain but not a Spanish Sparrow. 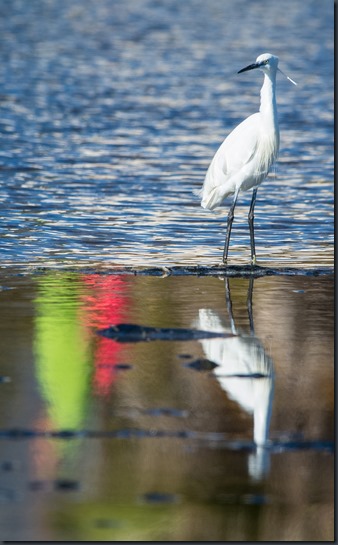 Well thats plenty of wildlife for now, suffice it to say I am enormously pleased with my new toy.

We have had plenty of time to sit and unwind here in Spain and I have carried out a task that has been overdue for some time.  Ever since we started off in November 2016 my phone has been logging our journey.  Every 120 seconds, it notes the time, latitude and longitude.  This give me two things.  One I can then link that data with the files from my camera giving me a precise location for each shot, and two I can then mark our progress on a map.

I was hoping to make a short video of the route as it unwound but because of a few spurious data points that creep in to the necessarily long winded files I will have to settle for a screenshot.  You can see there is an prodigious amount of faffing about in sunny southern countries and lots of squiggling around in England.   Several north south tracks including one across the sea from Plymouth to Santander. We toured as far west as Sagres in Portugal, as far east as Passau in Bavaria and as far north as Worcester where I spent a few memorable nights in hospital.

We will continue this blog and of course our journey all the while taking into account we are getting no younger.  Consequently we have picked out a new vehicle for when motorhoming gets just too much for us.