Crossing the mountains and border in to Norway meant back to the sea.  Fishing, ferries and fjords. 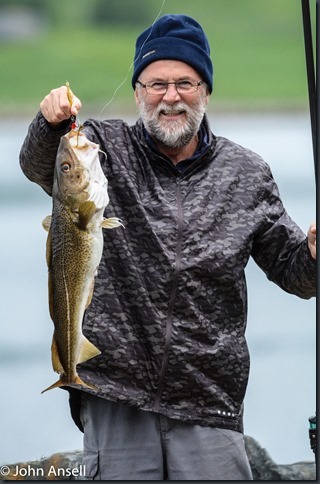 There were plenty of cod to be caught, filleted and fried for tea.

In fact we had cod for tea four times in one week.

A short trip on a ferry is about 25 pounds but probably saves twice that in fuel and tolls.  It is also a quick way to check up on the filthy state of your roof. 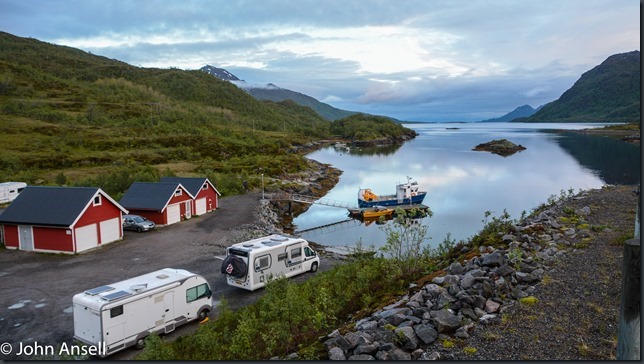 A lonely spot to park up for the night even if another motorhomer parks right behind you.

Of course by now it was not getting dark at night and midnight landscape photography becomes possible.

Although daytime colours were more vivid.

If the water had a ribbon of orange around it that meant it was free to fish in.  (Tidal seawater with seaweed.)  so we made the most of it. 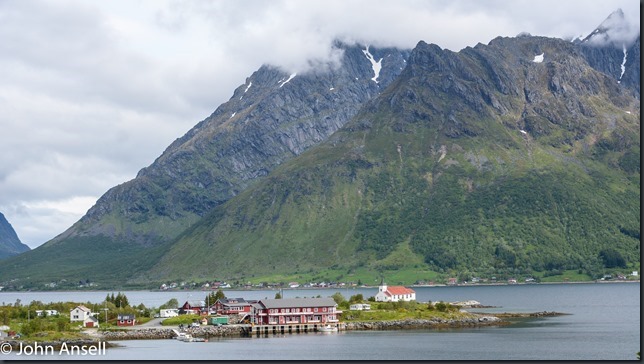 From most of the fjords it was impossible to see open sea.

Although some bits were unmistakably sea!

You are not going to get this boat up a creek although they sail hundreds of miles up fjords. 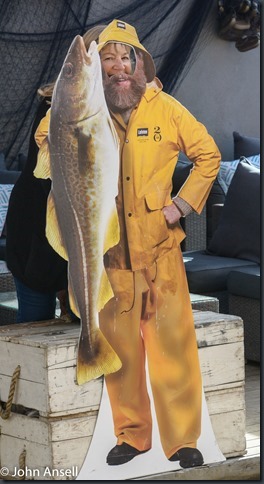 Cod is king here.  Even if much of it is now to attract the tourists. 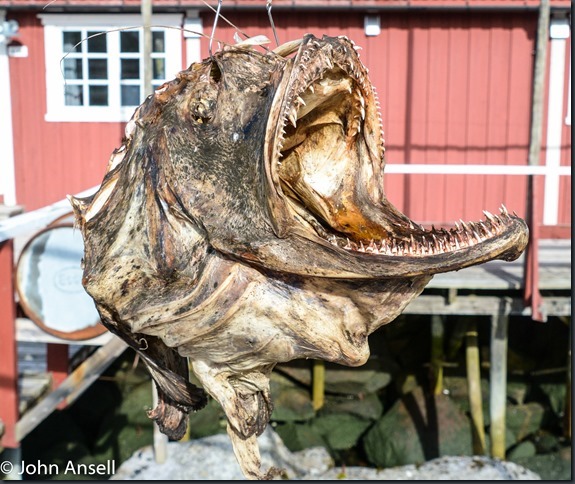 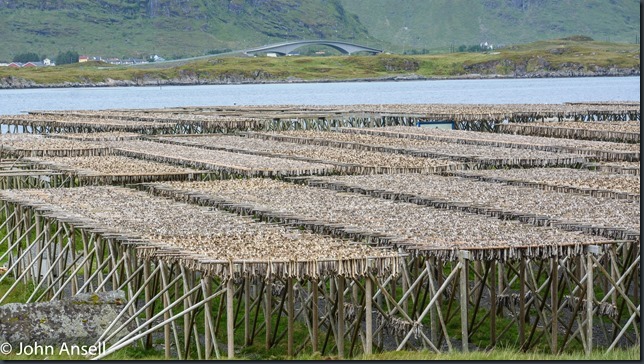 What with the ugly mugs on display and the smell of cod heads and skins drying to make stockfish soup there is a lot to endure up here.

The fishing infrastructure is still here in the Lofoten Islands but much of it has been converted to tourist attractions. 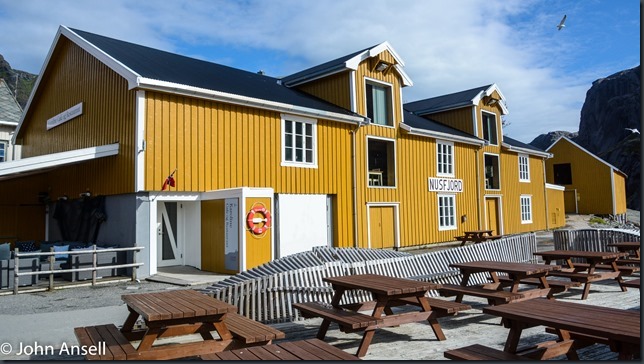 And it is enjoyed by the tourists of course. 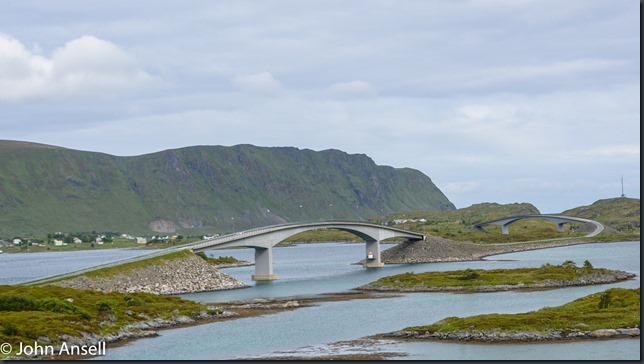 Driving up here is a pleasure.  Not only is the scenery beautiful, the roads are designed to please the eye as well.

Sorry.  This white tailed eagle being mobbed by a crow just snuck in here.

This would be a snug, weathertight cottage if they had nailed just one more plank on to the side. 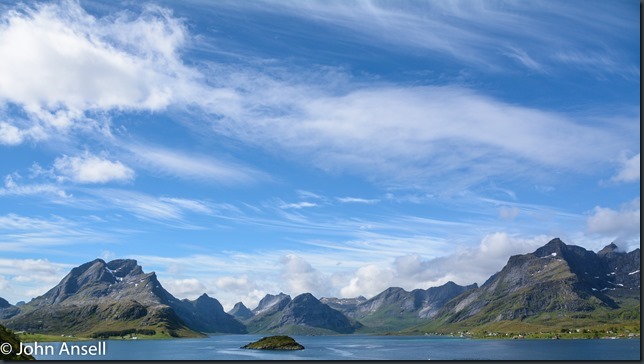 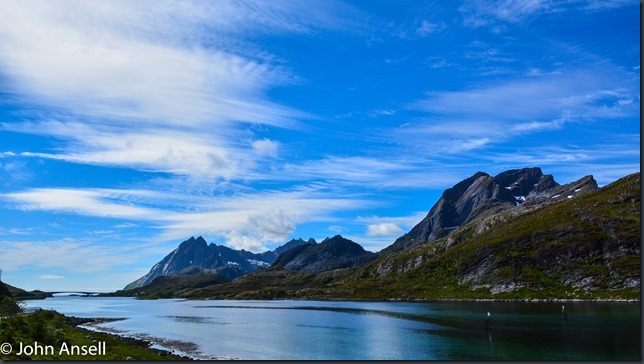 The weather wasn’t brilliant on our journey from Sweden to the end of the road on the Lofoten Islands but the sun peeped out for a couple of days so that I could bag a few landscapes.

The rain suited some of the local inhabitants. This Curlew must have been nesting nearby to allow me to approach close enough for the picture.

Just pulled off the road to take a couple of photos.

Another of those sweeping bridges. 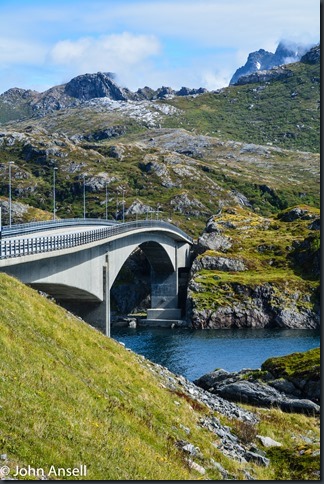 We did manage to spot an Arctic Hare but of course in his summer colours.

And Boy! he was in a hurry not to be photographed.

A remote community like the Lofoten Islands needs an air ambulance.  We watched this one land and pick up a householder then fly off.

The Norwegians certainly know how to build bridges but a second string to their fiddle is tunneling.  as well as having the longest road tunnel in the world they have a host of others taking shortcuts under mountains and even under fjords.

Part of the cod industry but the lorry load of dried cod heads and skin now stands on the quayside just for the photographers.

A grim reminder of one of the other Lofoten Island industries, a whaling harpoon which was just lying about.

The “Cod Head Choir” rehearsing for their hit single: “I ain’t Got No Body”. 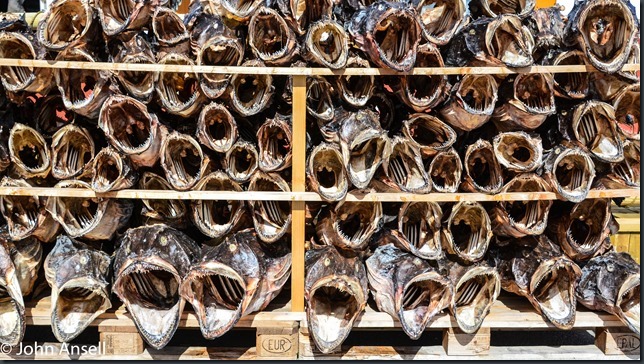 And a last glimpse of the Lofoten Islands.